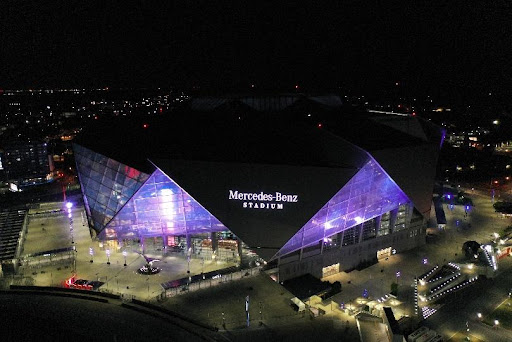 The timing of NCVRW also coincides with the recent and momentous passing of the Criminal Record Responsibility Act (CRRA) on April 4. The bill was introduced to resolve the fragmented data across state-wide court systems by requiring comprehensive criminal data entry into the Georgia Crime Information Center (GCIC). The bill passed through the Georgia State Senate unanimously 53-0 in March. The Victim Notification Package, which was attached to the bill, is designed to empower victims by sending timely automated notifications about their attacker’s case to make them aware and to plan accordingly. More information on the CRRA can be found here and Victim Notification Package can be found here.

To commend his formidable work in helping to pass the CRRA, Marsy’s Law for Georgia presented Lt. Governor Geoff Duncan with 2022’s first Champion Award Challenge Coin, an official keepsake that represents outstanding accomplishments towards achieving Marsy’s Law’s mission in advocating for victims’ rights. This week, Marsy’s Law for Georgia also honored Georgia State Board of Pardons and Paroles Board Member and former Eastern Judicial Circuit District Attorney Meg Heap with a Challenge Coin for her continued efforts in maintaining justice for victims.

“By recognizing Lt. Governor Geoff Duncan and our advisory board member Meg Heap with Challenge Coins during the time we commemorate National Crime Victims’ Rights Week, we are able to bring even more attention to and emphasize the need to support victims’ rights,” said Christine Scartz, Marsy’s Law for Georgia advisory board member, University of Georgia (UGA) School of Law professor and UGA Jane W. Wilson Family Justice Clinic director. “We also appreciate the organizations who have committed to literally shining a light on the issue by lighting their structures, facilities, and landmarks purple and we encourage more to show their support this year, and every year going forward. By lighting their building exteriors in purple it shows crime victims and their families that they, and their loved ones, are not forgotten.”

Not only does Marsy’s Law for Georgia support victims’ rights during NCVRW but works year-round to focus on encouraging the community to educate themselves on the many resources available. While the pandemic has been difficult for everyone in the past two years, victims of violent crimes have been especially impacted by the pandemic-induced court case backlog. Victim advocates and services such as the Criminal Justice Coordinating Council (CJCC), Crime Victims’ Advocacy Council (CVAC), Prosecuting Attorneys’ Council (PAC) of Georgia, the Georgia Western Judicial Circuit District Attorney’s Office, and more have resources and events available to help aid victims in their journeys toward finding justice.

In 2018, Marsy’s Law amended the Georgia State Constitution to include a Bill of Rights for victims of violent crimes during criminal proceedings. The constitutional amendment received broad support and assures rights for victims, including standing to petition a court if they feel that their rights have been violated. Georgia is one of the numerous states across the country that have added Marsy’s Law to their constitutions in recent years. To learn more about Marsy’s Law Georgia, visit https://www.marsyslawforga.com/. Victims and supporters interested in sharing their stories can email [email protected].

Marsy’s Law is named after Marsalee “Marsy” Nicholas of California who was stalked and killed by her ex-boyfriend in 1983. In an effort to honor his sister, Dr. Henry T. Nicholas has made it his mission to give victims and their families constitutional protections and equal rights. He formed Marsy’s Law for All in 2009, providing expertise and resources to victims’ rights organizations nationwide.

For more information on Marsy’s Law for All, please visit www.marsyslaw.us.