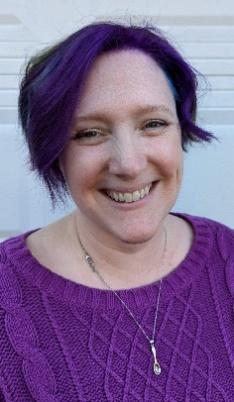 Can you describe what it was like for you as a crime victim in the Gwinnett County court system?

The Gwinnett Court system did an excellent job of communicating with us when they could during the investigation stages and supporting us through the trial. Their Victim Witness program is really filled with wonderful, compassionate, caring people.

What did you find to be the most frustrating aspect?

The most challenging thing for me during the investigative phase was the feeling of helplessness. As a family member, I often felt very much in the dark about what progress was being made in the investigation of my sister’s death, which of course is necessary. The lack of evidence was the worst, most frustrating part. The Medical Examiner was unable to determine a definitive cause or manner of death, which made things even more challenging for the prosecution. It would ultimately end up taking five years from the time she was killed until her killer was convicted and sentenced. That waiting, along with being helpless to do anything but wait and trust the GCPD and the DA’s office, was the most frustrating part by far.

How do you believe Marsy’s Law for Georgia is helping crime victims in the state?

The fact that we - as victims and family members of a victim of a crime - felt protected, our feelings considered, and all motions filed in the case, both leading up to and following the trial was all very comforting and continues to be. Without that, it would be difficult to quiet any anxiety about the status of the case. As I mentioned, the most difficult thing was waiting and not knowing. Hope was a four-letter word to us after waiting for years with no news, no movement whatsoever in the case. Now that we are on the other side of that, it is vastly comforting to know that any changes to his conviction, his state of incarceration, or anything that impacts the welfare of our family will be communicated swiftly and clearly.

Do you have any words of encouragement for other crime victims?

You are not defined by the wrong that has been done to you. It does not need to consume or overshadow the rest of your life, even though I know at times it feels as though it will always be the centerpiece. I promise it will not. I used to wonder if I would ever again go an entire day without the word “murder” invading my thoughts. Of course, it still does erupt from time to time, but it does not overwhelm or consume me every day, and I no longer present myself as “The lady whose sister was murdered.” I contain multitudes again, and so do you. Just have faith in your own strength and get help when you need it. There is no shame in seeking assistance, especially with grief over a violent crime.