ATLANTA – December 9, 2020 – Marsy’s Law for Georgia is proud to present a Challenge Coin to Kimya Motley, chief executive officer for Haven of Light International, Inc., a Marsy's Law for Georgia Advisory board member, a domestic violence survivor, and author. Motley is being awarded this token of appreciation for her exceptional dedication in advocating for victims’ rights, along with her extensive involvement with Marsy’s Law for Georgia.

Challenge coins are a keepsake that represents outstanding achievements within an organization and are awarded when individuals overcome tremendous obstacles to achieve their goals. Marsy’s Law for Georgia is proud to recognize individuals with challenge coins as a token of their commitment to justice and dedication to raising awareness of victims’ rights, particularly during the turbulent times of COVID-19.

“Kimya has been committed to helping Marsy’s Law for Georgia since day one,” said Erinn Mahathey, National Outreach Director for Marsy’s Law for All. “She helped advocate for the law before implementation and continued to support us post-election. She’s a wonderful victims’ advocate and we can’t wait to see how she continues to change the future for herself and others,” she added. 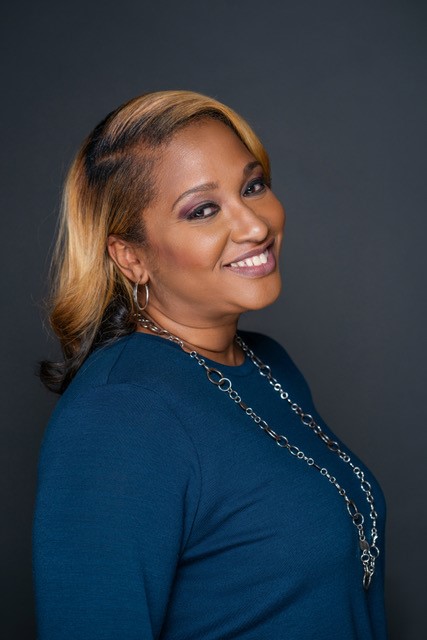 Motley’s work with Marsy’s Law for Georgia has helped raise awareness of the organization’s efforts and existence throughout the state. She is currently a Marsy’s Law for Georgia advisory board member and in this role, works alongside other victims’ advocates to create ways to help educate Georgian’s on Marsy’s Law. During National Crime Victims’ Rights Week this year in April, she was featured in Marsy’s Law for All’s Purple Light 2020 video, which encouraged supporters to light their homes and business buildings purple to honor crime victims. Motley was also featured in a Georgia News Network radio interview this year discussing the new Marsy’s Law for Georgia and Prosecuting Attorneys’ Council of Georgia’s victims’ rights notification card, which was designed for law enforcement to use at crime scenes to provide victims with information about their rights.

“I am honored to be awarded a Marsy’s Law for Georgia Challenge Coin,” said Motley. “Being involved in an organization that is going above and beyond to advocate for victims’ rights has truly been impactful. I hope to continue my work with Marsy’s Law to help bring awareness of victims’ rights to all Georgians,” she added.

Motley also has been nationally recognized for her success as a dedicated leader for victims’ rights and healing. In her first few years as a leading domestic violence advocate, she received a commendation from former Georgia Governor Nathan Deal and was named an Everyday Hero by The Investigation Discovery Channel for her work in her pursuit of equal rights for victims. As a result of her work in the state of Georgia, Motley was awarded the Gender Justice Award by the Georgia Commission on Family Violence in September 2019.

In addition, Motley is the author of Born of Violence, a memoir which within a month of its release made it to number four on the Amazon Hot New Releases List for Partner Abuse and has been featured on Good Day Atlanta. Born of Violence is not only an inspiring account of survival, but it is also a moving call to action for victims of domestic violence.

In 2018, Marsy’s Law amended the Georgia State Constitution to include a Bill of Rights for victims of violent crimes during criminal proceedings. The constitutional amendment received broad support and assures rights for victims, including standing to petition a court if they feel that their rights have been violated. Georgia is one of the numerous states across the country that have added Marsy’s Law to their constitutions in recent years.

Marsy’s Law is named after Marsalee “Marsy” Nicholas of California who was stalked and killed by her ex-boyfriend in 1983. Only one week after her death, Marsy’s mother and brother, Henry T. Nicholas, walked into a grocery store where they were confronted by the accused murderer. The family, who had just come from a visit to Marsy’s grave, was unaware that the accused had been released on bail. In an effort to honor his sister, Dr. Nicholas has made it his mission to give victims and their families’ constitutional protections and equal rights. He formed Marsy’s Law for All in 2009, providing expertise and resources to victims’ rights organizations nationwide.

For more information on Marsy’s Law for All, please visit: www.marsyslawforga.com.

Maggie McDaniel, on behalf of Marsy’s Law for Georgia